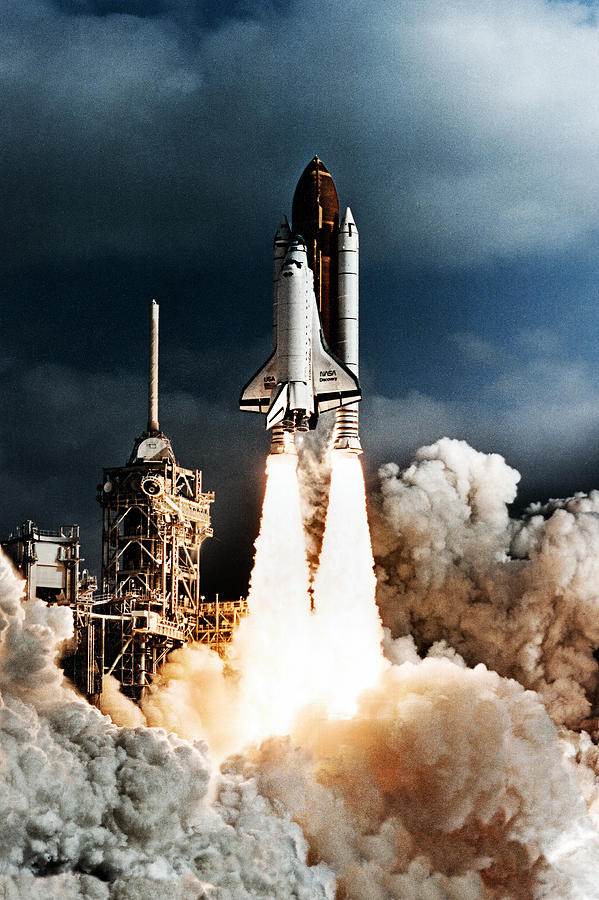 The Space Shuttle Discovery on it's way to space with the Hubble Space Telescope (HST).

STS-31 was the 35th mission of the American Space Shuttle program, which launched the Hubble Space Telescope astronomical observatory into Earth orbit.

The mission used the Space Shuttle Discovery (the tenth for this orbiter), which lifted off on 24 April 1990 from Kennedy Space Center, Florida.

Discovery's crew deployed the telescope on 25 April. Since then, the Hubble Space Telescope has offered us many of the most amazing images of the universe ever seen. Hubble's orbit outside the distortion of Earth's atmosphere allows it to take extremely high-resolution images with almost no background light. Hubble has recorded some of the most detailed visible-light images ever, allowing a deep view into space and time. Many Hubble observations have led to breakthroughs in astrophysics, such as accurately determining the rate of expansion of the universe.

You can learn more about what drives me in my blog: