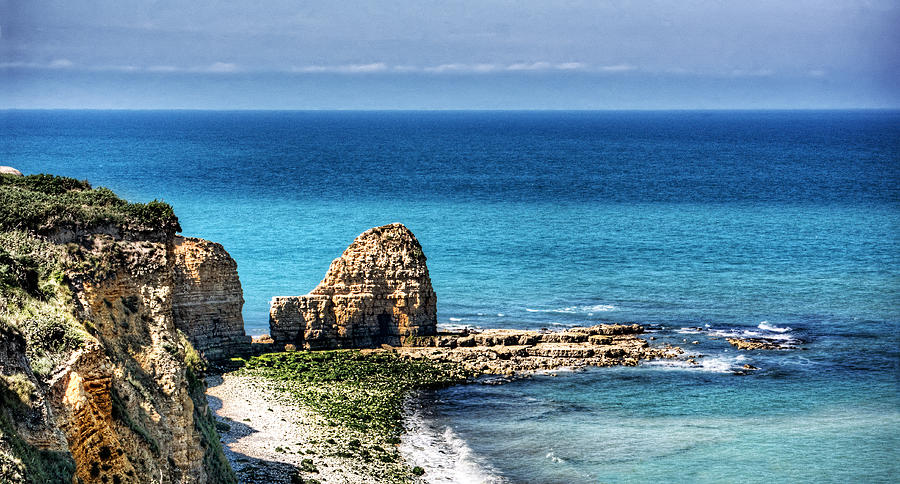 View of the point of Pointe du hoc, and the cliffs the rangers climbed. The top of the roof of the observation bunker just shows on the left.

Pointe du Hoc is a promontory with a 100 ft cliff overlooking the sea on the coast of Normandy in northern France. During World War II it was the highest point between Utah Beach to the west and Omaha Beach to the east. The German army fortified the area with concrete casements and gun pits.

The battery, a direct threat to the landings at Omaha and Utah, was heavily and repeatedly bombed from the air before D-Day, but the attacks resulted ineffective, so a land attack was planed.


You can learn more about what drives me in my blog: